[..] Russia ran extensive electronic jamming during the NATO exercise Trident Juncture, told intelligence chief Morten Haga Lunde during his annual lecture in Oslo Military Society on Monday night.
It was in the middle of October 2018 that Russia stationed a jamming system on the Luostari airbase, 16 kilometers from the Norwegian border.

Then the equipment for electronic warfare was moved higher in the terrain.

A loss of GPS signals affects both shipping and aviation, and can lead to loss of life. TV 2 told the weekend that the air ambulance service had to suspend its activities at one of Finnmark’s airports for a period.

Secretary General Morten Haga Lunde said on Monday that there is particular concern about the Russian use of jamming.

According to the intelligence service, GPS jamming is a new element in the new normal picture that is being developed in the High North. 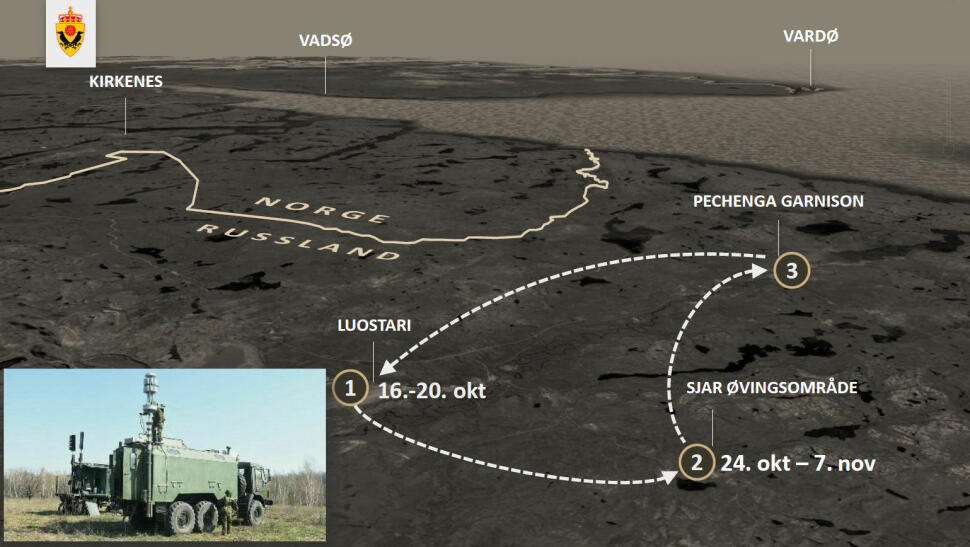 During the lecture, the audience saw a chart showing the scope of the Russian wretch, and the jamming activity that coincided exactly in time with Trident Juncture.