[..] A tech-savvy former Ukrainian artillery officer, Sherstyuk has created his own startup mobile app—MilChat—as a means of providing Ukrainian soldiers a free tool for encrypted military communication accessible on their smartphones.

“Today, most people in Ukraine are using foreign messengers,” Sherstyuk told The Daily Signal in an interview. “As a former military member and patriot of my country, I had a desire to change the situation. In addition, Ukraine is famous for its talented information technology developers.”

According to Sherstyuk, MilChat is now used by more than 3,000 active-duty Ukrainian soldiers—with about 80 new downloads daily.

“In the long run, I see one thing—all servicemen of the armed forces of Ukraine are simply obliged to use MilChat,” Sherstyuk said.

He added, “I recommend that MilChat be used by NATO forces.”[..]

«MilChat» – is a brand new ukrainian messanger. Send private and group messages for free from your tablet or smartphone.
Be in contact with your friends using «MilChat».
Advantages of «MilChat»:
1.First ukrainian messanger developed by militaries and volunteers (developers of – «УКРОП» and «ArtOS»)
2. Hight level of personal data protection
3. No paid content
4. The presence of a map and the possibility of placing tactical objects on it. Like the UKROP software, our messenger requests your location to display it on map.
5. The registration in the messenger is not by telephone number, but by an e-mail address, which makes it impossible to identify user by mobile phone number.
It’s no secret that the military uses a variety of social networks and messengers to communicate with each other, but nobody guarantees 100% protection of your correspondence, especially given the fact that the messengers we have known to all of us repeatedly discredited themselves. We invite you to take part in the testing of new and promising software and joint efforts to make our application the best.
MilChat from Ukrainians and for Ukrainians! 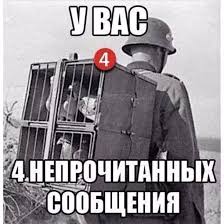